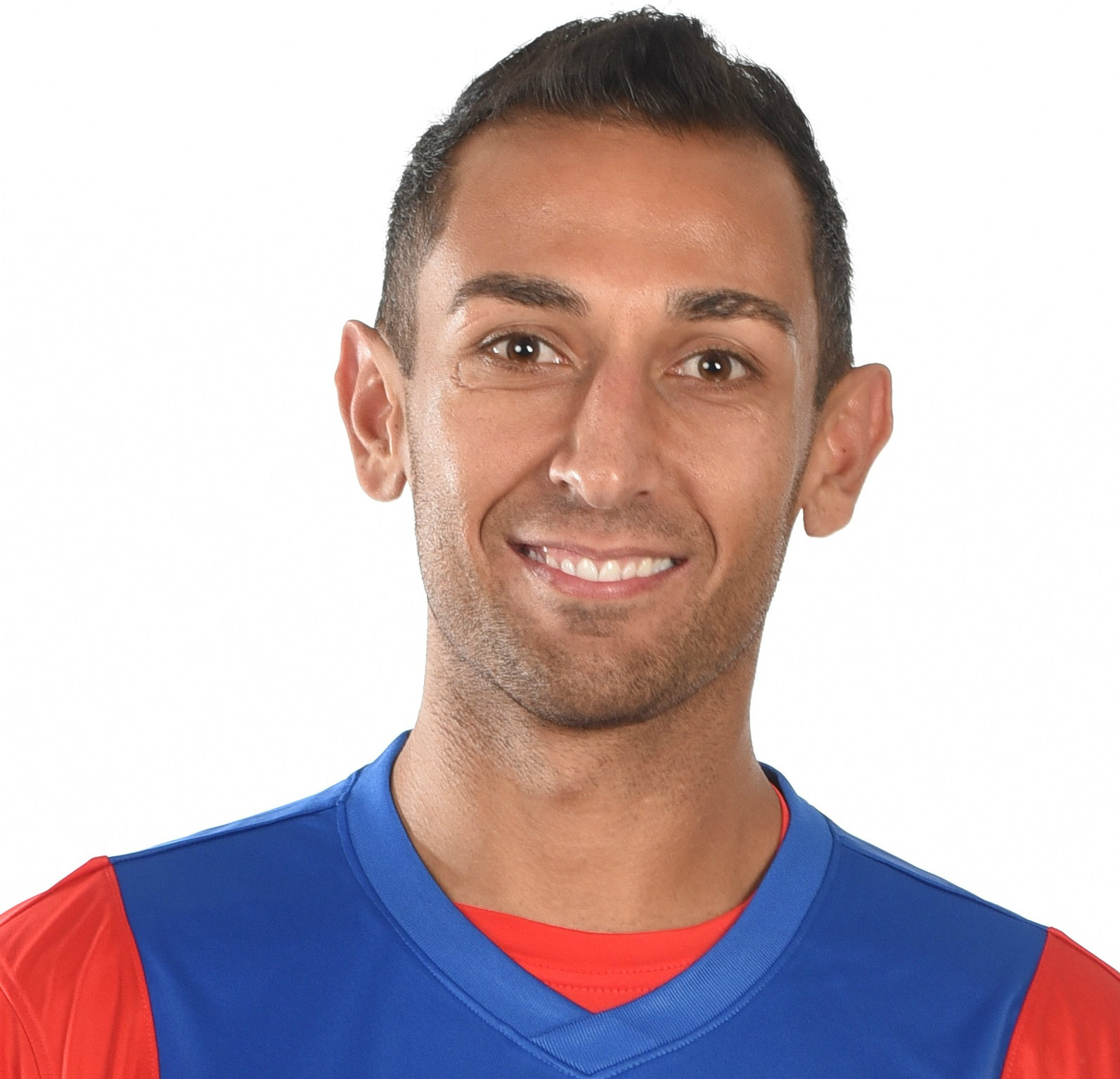 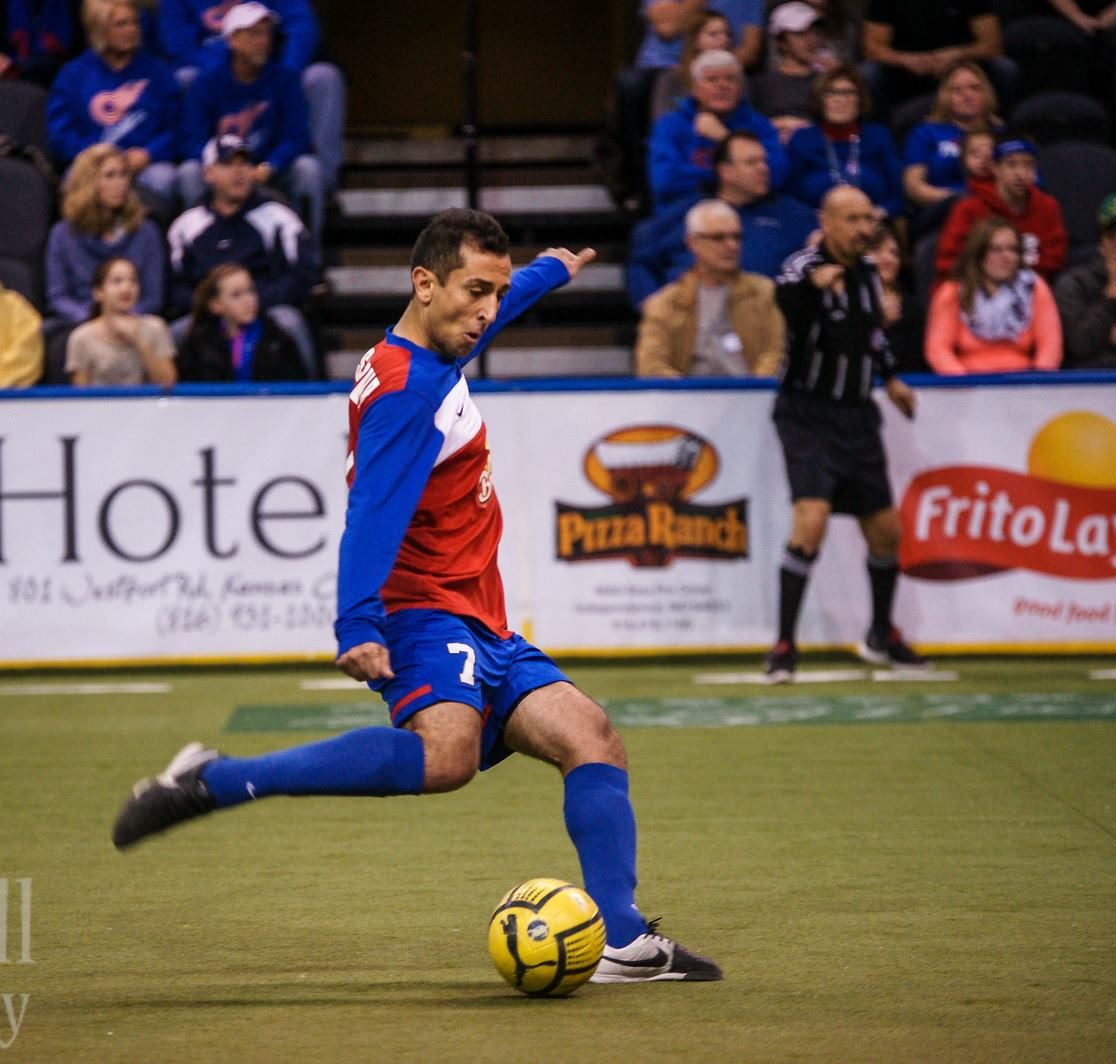 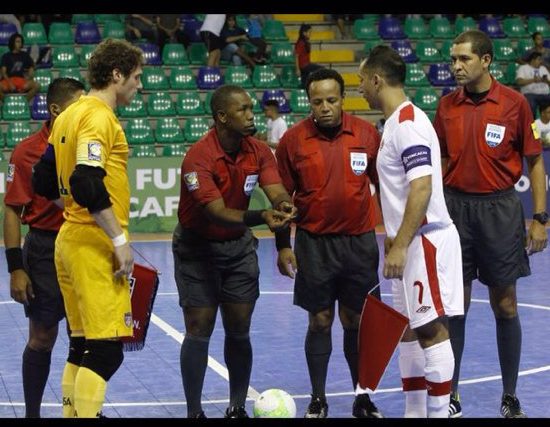 Vahid Assadpour began playing soccer at the age of 3 and soccer has been his life since. Born in Iran and growing up in Toronto, Canada Assadpour played soccer every moment he could.  Influential training and coaching made a tremendous impact on Assadpour. Through soccer he was able to travel as a youth playing across Europe for multiple training programs and tournaments.  His goal was to make soccer a career throughout his life. Assadpour received a full soccer scholarship to Division I, University of Detroit Mercy and played there from 2002 to 2006.  During his period there he was captain for 3 years, all first team for 3 years and won their conference in 2005. After completing his collegiate career and earning his bachelors in Criminal Justice and minor in Addiction Studies he signed with the professional indoor soccer team the Detroit Ignition. The Detroit Ignition won the 2008-2009 championship. Receiving offers to play in Baltimore and Milwaukee, Assadpour chose to come to Kansas City to play for the Kansas City Comets in 2010.  Assadpour had an undeniable impact on the Comets with his technical ability and leadership qualities.  While being one of the top players in the MASL he also has been the Assistant Coach and Captain of the Kansas City Comets for 3 seasons. The Comets won the MASL Championship during the 2013-2014 season. During the 2015-2016 season Assadpour led the Comets in points, made First Team MASL and received team MVP honors. In 2016, he was called up to the Canadian National Futsal Team for CONCACAF World Cup Qualifiers and was also named the team captain. In 2017, Assadpour was named team captain for the first ever National Canadian Arena Soccer Team. Assadpour is passionate about passing along his love and knowledge of soccer onto younger generations. Assadpour began training players in 2010 when he moved to Kansas City.  He started with a few individual sessions driving all over the metro and now the business has grown to having 3 facilities that have multiple options for sessions so players can really hone their skills. Assadpour continues to put his passion for the game into every session. 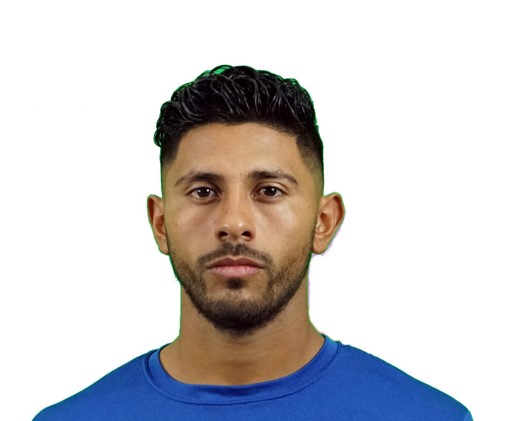 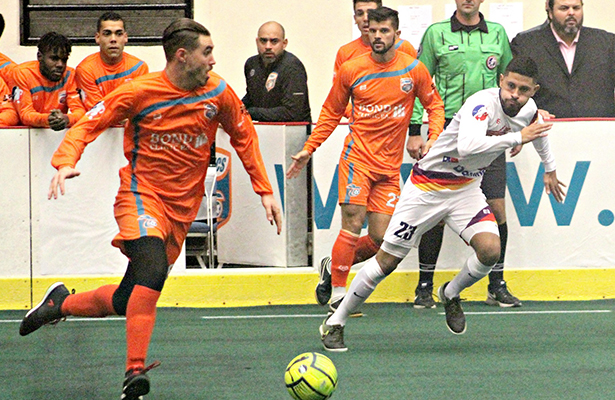 Ignacio Flores grew up in Santiago, Chile and began his soccer career playing at the academy level at Universidad de Chile. He then came to Kansas City and played his collegiate career at Park University. As a Freshman Flores started in all 16 matches and earned honors that year as an AMC All-Conference Honorable Mention as a defender. During his Sophomore and Junior years he was named 1st team all conference twice and named academic all conference. During his Senior year he was named 1st team all conference captain. Flores went on to earn his Bachelor of Science in Fitness and Wellness. Flores also played 2 seasons in PDL on the Mississippi Brilla and was Captain both years. During the 2016-2017 MASL season he joined the Kansas City Comets. Flores had a great rookie year and was named to the 2nd Team - All Rookie Team. In 2016, Flores began coaching for VAST during camps and saw the high talent level and enthusiasm of VAST players. Flores immediately connected with VAST players and helping them develop. Flores loves seeing a player develop and is excited to assist all the players at VAST to become the best player they can be. Flores knowledge of Fitness and Wellness is also an asset to the players at VAST. 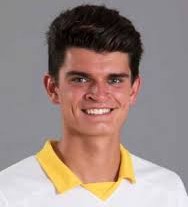 Trevor Cissel is raised in the Kansas City area. Trevor played youth soccer at Sporting Academy. Trevor is the leading goal scorer in Missouri high school history with 142 goals during his career at St. Pius X High School in Kansas City, MO. Scored 19, 37, 46 and 40 goals in succession during his high school career and lead his team to a 21-4-1 record and third place state finish as a junior, finishing with 104 points on 46 goals and 12 assists. Trevor was named as the Missouri Class 2 Offensive Player of the Year in 2015 , Member of the 2015 Midwest High School All-Region Team, Three-time first-team all-state selection, Two-time first-team all-metro pick and Academic A honor roll selection all four years. Trevor accepted an athletic and academic scholarship in 2016 to the University of Missouri Kansas City where he earned Academic all WAC. In 2018, Trevor transferred to Rockhurst University to finish his remaining 2 years of his collegiate soccer career. Trevor is a former VAST player and is excited to develop new players at VAST! 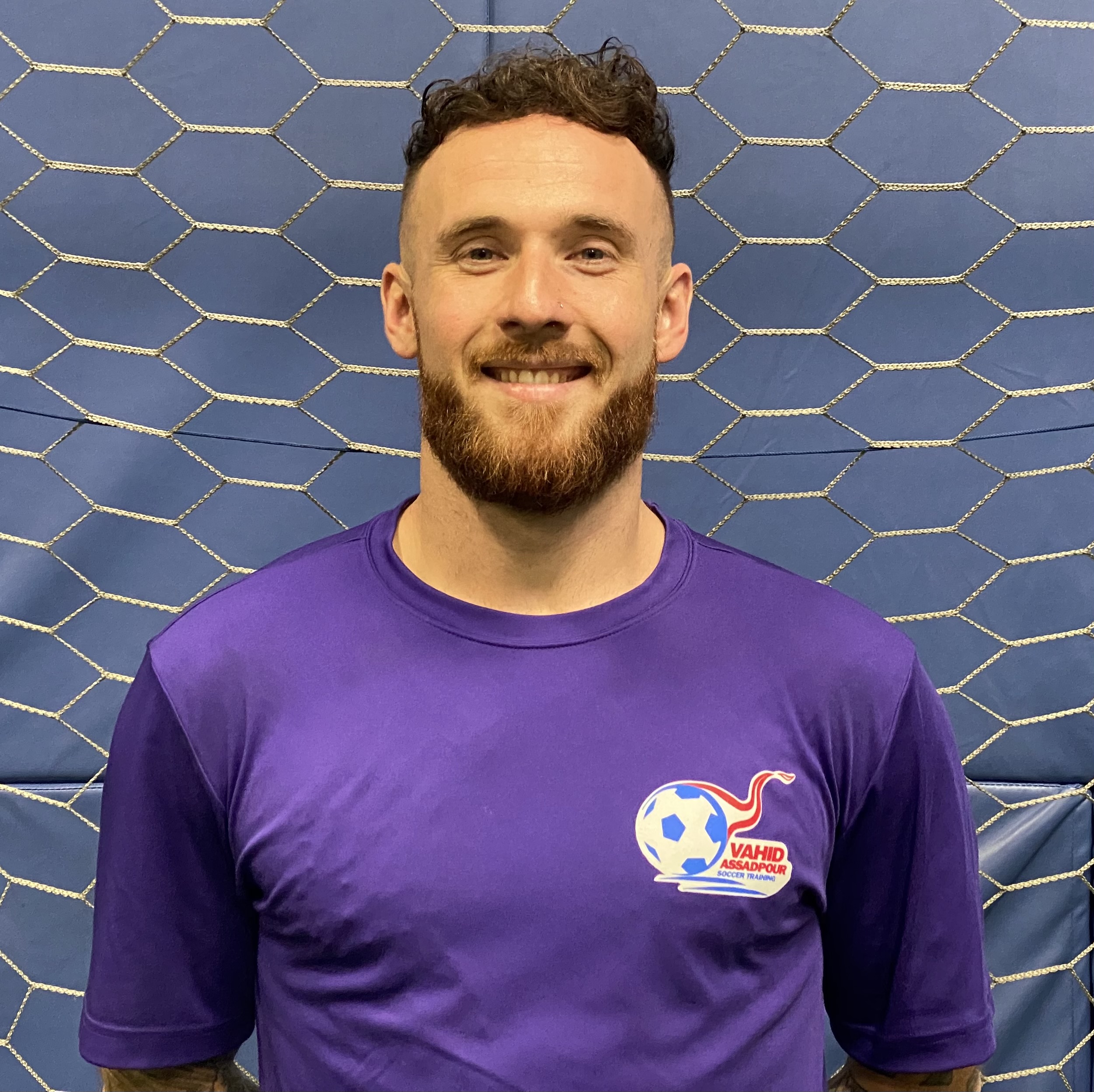 Aaron Wylie was raised in the Des Moines area and began playing soccer through a local grassroots club at the age of 3. In high school, he led the conference in scoring 2 out of his 4 years for Lincoln High School.  Aaron was a first team all conference selection all four years and a first team all-state selection his last two years. Went on to play college soccer at Augsburg University. During his college summers, he trained and played with the Des Moines Menace in the PDL/USL League 2. After graduating with a bachelor's degree in Marketing and Communications, he went on to have a short stint with Minnesota United FC before heading overseas where he played professionally in Australia and Sweden. 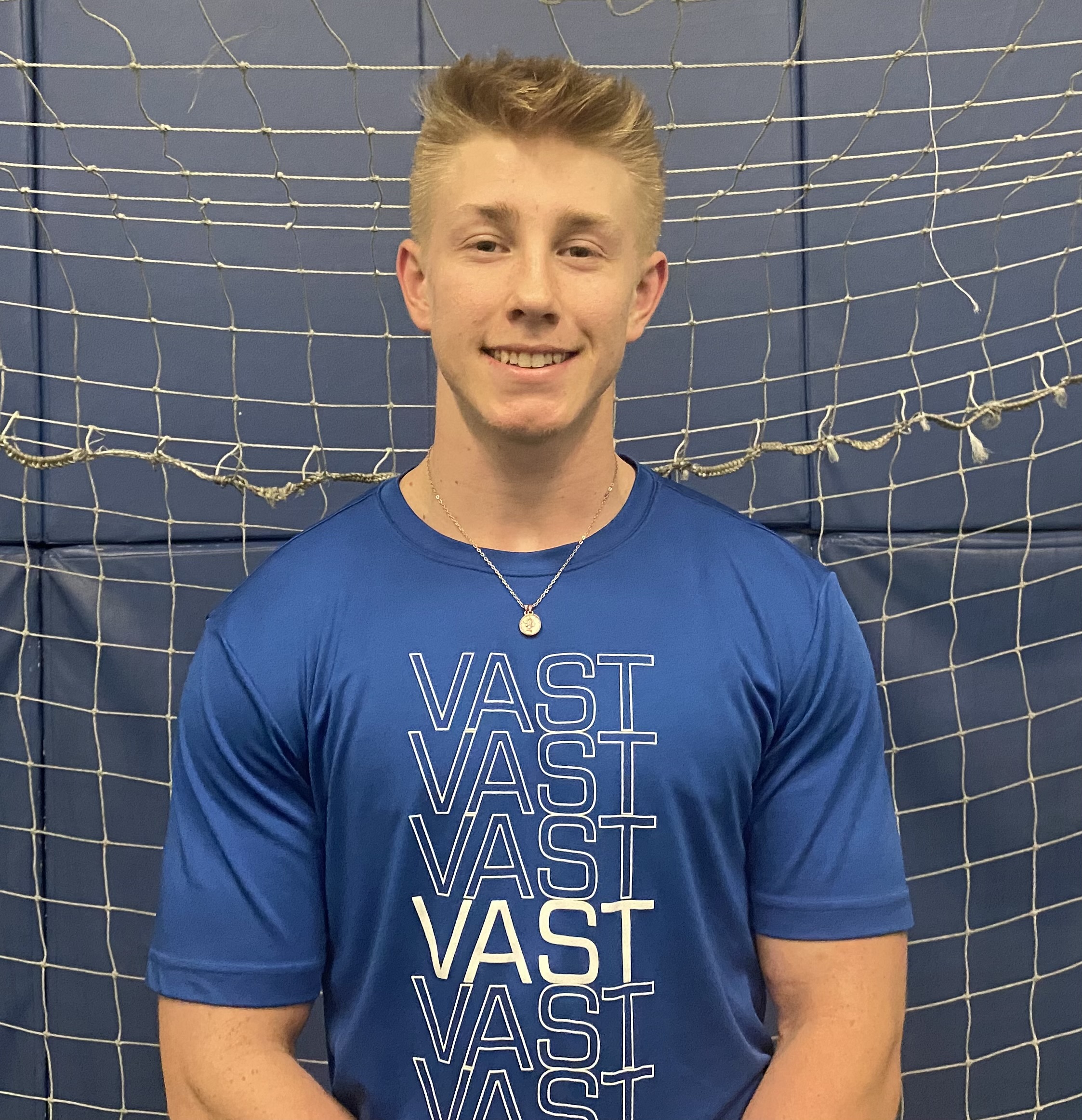 Born and raised in Kansas City, Jacob Garza started training with Vahid at 8 years old. Jacob spent his youth on various club teams in the KC Metro. In 2017 and 2019 he was part of the team that won the Kansas State Cup. During his high season Jacob played for Park Hill South High School. Jacob received a scholarship to play on the Men’s Park University Soccer Team. Jacob is exited to develop new players at VAST! 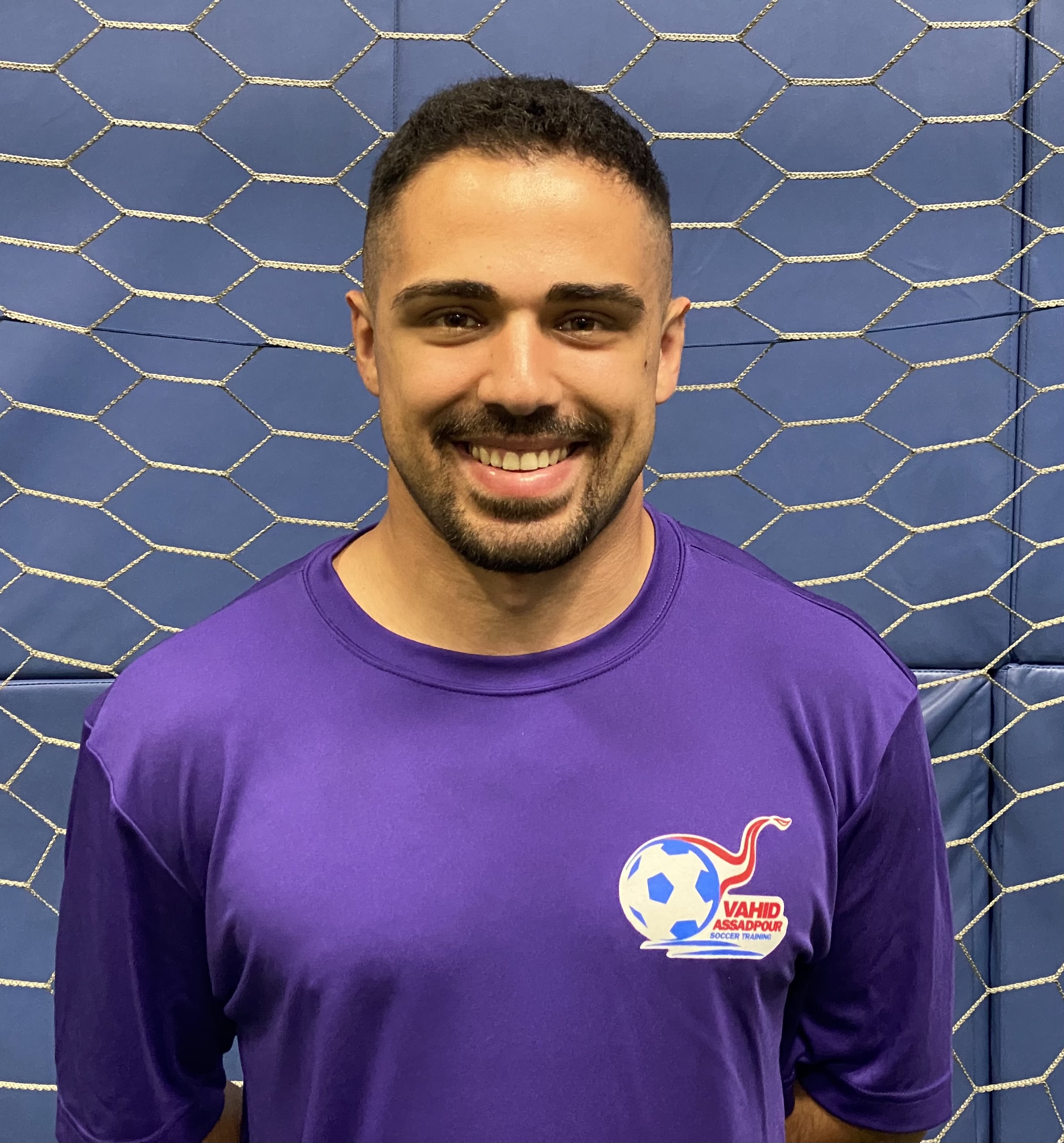 Mirko Trapletti is originally from Bergamo, Italy, Mirko spent several years training and mentoring youth players from various professional clubs throughout the Italian league all the way up to the Serie A of Italy. Mirko has his Bachelor's degree in Exercise Science with a Master's in Education. Mirko is a certified strength and conditioning coach. Mirko is excited to coach the youth players and Kansas City through the VAST curriculum! 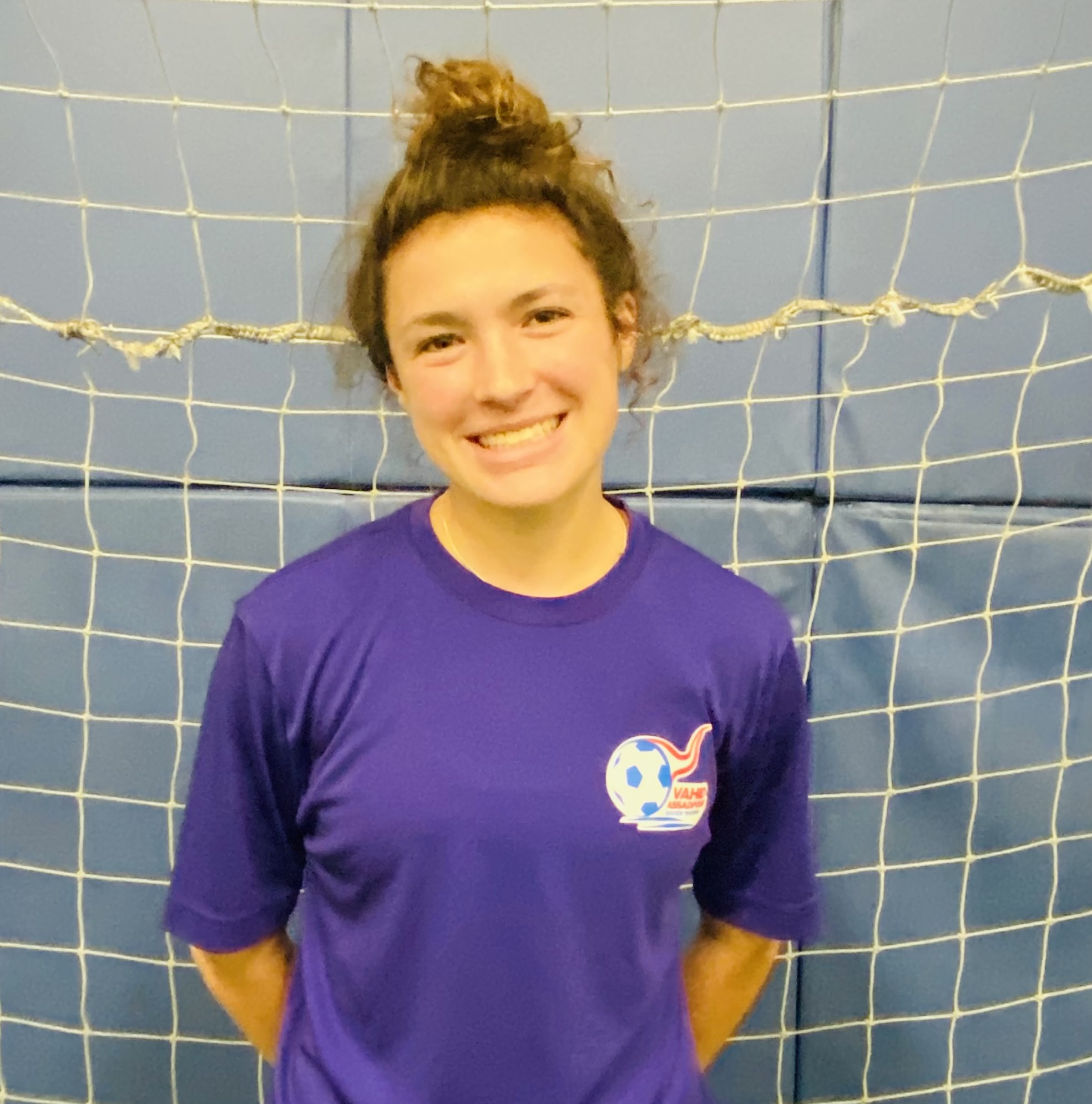 Annika Munch was raised in the Kansas City area. While attending Park Hill South she was awarded All-District Honorable Mention her Junior year and was voted Captain her Senior year. Annika earned a soccer scholarship at Baker University. Annika is currently studying history and secondary education at Baker and will graduate May 2024. She has been training at VAST since she was 8 years old and is excited to give back to the KC soccer community and work with VAST players!

Check out all of our VAST training options. We have specialized training for all ages and skill levels.